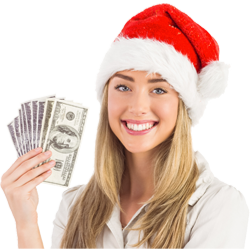 Attention Southeast Michigan small business owners and retailers: nearly half of holiday shoppers are already spending money. According to the National Retail Federation, 49% of consumers will start their Christmas season shopping before Hallowe'en.

Consumers plan to spend $997.73 on gifts, holiday items, and other non-gift purchases for themselves and their families this year, according to the annual survey released today by the NRF and Prosper Insights & Analytics.

In all, based on forecasts from Deloitte, the world's largest accounting firm, Detroit consumers are expected to spend between $17.7 and $18.1 billion during the holiday shopping period. This would be a 7-9% increase over 2020.

"We anticipate strong consumer spending for the upcoming holiday season. As vaccination rates rise and consumers are more comfortable being outside of the home, we are likely to see increased spending on services, including restaurants and travel, while spending on goods will continue to hold steady. A steady decline in the savings rate to pre-pandemic levels will support consumer spending and keep retail sales elevated this season," said Daniel Bachman, Deloitte's U.S. economic forecaster. "Further, e-commerce sales will continue to grow as consumers demonstrate an ongoing and steady movement toward buying online across all categories."

Detroit retailers are noticing that the opening bell for holiday shopping has rung earlier than ever for local shoppers.

"Over the last few years, consumers have demonstrated the desire to begin their holiday shopping earlier and earlier," Prosper Executive Vice President of Strategy Phil Rist said. "This year in particular, as retailers promote holiday inventory, they are taking advantage of additional offerings such as free shipping, buy online, pick up in-store and even expedited shipping to ensure they receive their gifts on time."

According to the NRF, supply chain challenges that have been exacerbated since the beginning of the pandemic are top of mind for consumers. Nearly half (47%) of holiday shoppers are concerned they will have difficulty finding items this year. The top gifts they are worried about finding are electronics (44%), clothes (40%), and toys (28%).

Detroit small business owners and retailers who are anxious to capture a significant share of holiday expenditures should consider advertising.

"Think you have a great product?" asks the US Small Business Administration. "Unfortunately, no one's going to know about it unless you advertise." The SBA goes on to say, "Advertising, if done correctly, can do wonders for your product sales, and you know what that means: more revenue and more success for your business".

Perhaps the best way to advertise in Detroit is on local radio.

Every week, Nielsen reports that 2.8 million consumers tune-in to Detroit radio stations. This is more than use local TV, cable, newspapers, social media, or streaming audio and video.

When a Detroit business owner advertises, reach is critical to the success of a campaign.

In a study of advertising effectiveness, Nielsen discovered the elements of a campaign that had the most potent effect on purchase behavior. The results indicate that reach (the number of different consumers exposed to a campaign) was responsible for driving more sales for the advertiser than branding, recency, context, or targeting. Only the content of the ad had a greater effect.

Among the most voracious holiday shoppers in Detroit are parents. According to research from BlackFriday.com, 67% of shoppers spend the most on holiday gifts for their children.

Advertising on Detroit radio reaches more parents than all other local media. 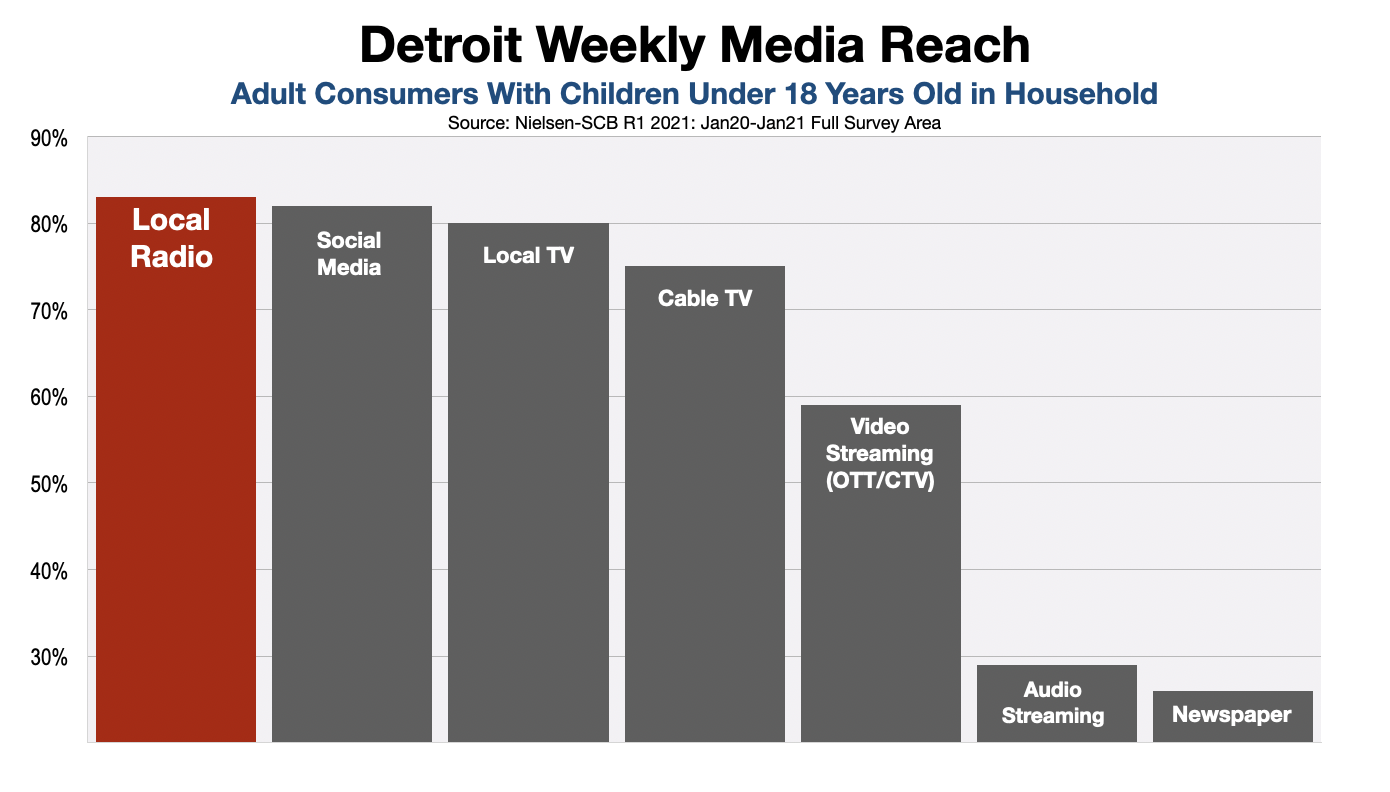