Do Millennials Listen To Detroit Radio? 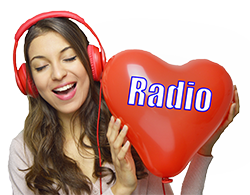 It's time to set some misguided Southeast Michigan small business owners straight: When we say everybody listens to Detroit radio stations, we mean everybody.  Generations X, Y, and Z. Also, Boomers, and, yes, the millennial generation.

In Metro Detroit, 970,000 millennials make-up 29% of the adult population and will deliver $24.4 billion to local cash registers.

But here's the thing about millennials that many Michigan small business owners get wrong: millennials listen to the radio.  Almost all of them. 91.6% of them, to be exact.

Despite a proclivity for all things digital, significantly more millennials tune-in to Detroit radio stations each week than watch local TV or visit streaming audio sites such as Pandora or Spotify. 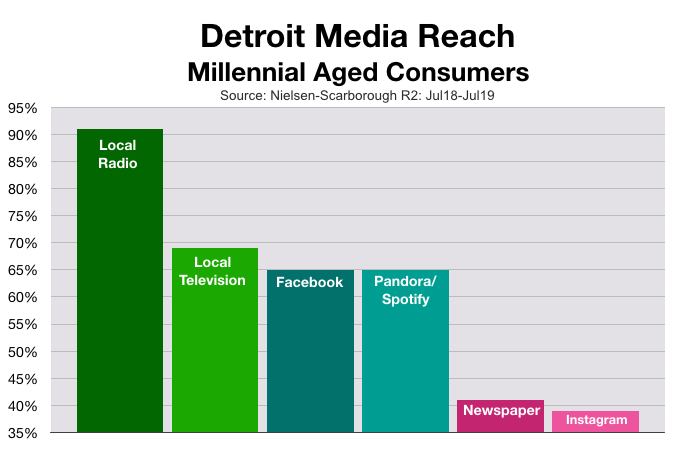 There seem to be three reasons why younger consumers gravitate to a 99-year-old medium instead of choosing from among the horde of new media options:

2. News/Information: The first regularly scheduled radio broadcast in 1920 was a news program. It was heard primarily by young hobbyists who could build their own radios.

Flash forward to 2018. Millennials, according to Nielsen, spend more time engaging with radio news content every month, than with TV news services or digital news services.

3. In-Car Listening. According to Nielsen, 97.1% of Detroit area millennials use a car every day to travel to and from work. Most of these commutes last for 29 minutes or more, and 96% happen in a car.

A recent study by Edison Research, reveals that two-thirds of radio listeners tune-in exclusively in their cars and nowhere else.

IPSOS, a global research company, examined how advertising affected Amazon's sales during the 36 hours of Amazon Prime Day. To collect data, IPSOS surveyed 2,010 Americans 18 and over with an online survey during and after the event.

According to Pierre Bouvard, Chief Insights Officer at Westwood One, the company that commissioned the study, among all adults who were aware of Amazon's Prime Day radio advertising, 25% made a purchase.

The radio ads, among this broad audience, delivered about as well as online ads, and 13.6% better than television ads.

Where radio really delivered for Amazon was among millennials. Thirty-eight percent of this audience that was aware of the ads on local radio made a purchase during the Prime day event. Radio performed 18.7% better than online ads and a whopping 22.5% better than TV ads.

A similar study conducted a few years ago demonstrated identical results. When media and marketing expert Doug Schoen saw the findings, he was amazed.

"The implications of results like these," said Mr. Schoen, "are profound for the communications and advertising industries and as a marketing professional with over 35 years of experience, I found this data nothing short of fascinating. It’s quite clear that we should all be paying more attention to radio, its reach and potential to help our businesses. It’s doing the job with expert efficiency."