More than one-third of Metro Detroit households are 'cord-cutters' or 'cord-nevers'. This means, they have fired their cable or satellite television providers or never subscribed at all. Instead, these consumers are choosing to find their video entertainment elsewhere.

The number of local homes that subscribe to pay-TV services began plummeting in 2013. New technologies has allowed viewers to bypass cable and satellite for more compelling content at lower prices. These cord-cutters now depend on services like Netflix, Hulu, Disney+, and Amazon Prime to fill their multiple screens. 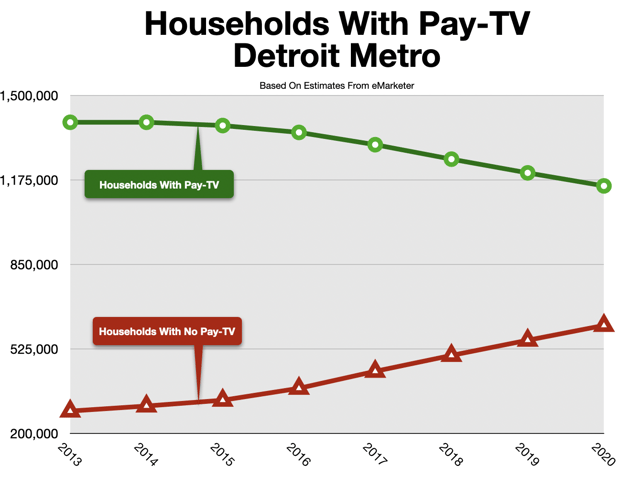 For many years, Southeast Michigan small business owners have been investing a significant portion of their advertising budgets into cable-TV.  The medium had proven to be a low-cost, high-reach alternative to buying commercial on over-the-air television stations.

Now, because of cord-cutting, there are 1.1 million adult consumers with unconnected TVs. This profoundly diminishes the value proposition of advertising with local cable systems.

There is a powerful and affordable solution, however, for small business owners to reach both the diminishing cable audience and the expanding number of cord-cutters.

Every week, according to Nielsen, significantly more adult consumers tune-in to Detroit radio stations than watch cable-TV or over-the-air TV. 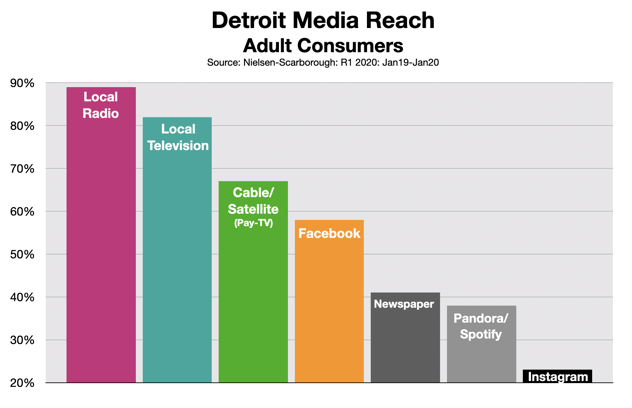 A mammoth majority of the remaining  pay-TV subscribers as well as cord-cutters, it turns out, are also Detroit radio listeners. This means business owners can use radio to reach both the current and formerly connected consumers.

In addition to reaching consumers in both connected and non-connected households, advertising on radio also provides advertisers with an extraordinary return-on-investment.

Over the past few years, Nielsen has conducted more than 20 studies to determine what type of ROI a business owner  can expect from radio advertising.  Although the results varied by industry, the average company generated $100 in sales for every $10 invested. 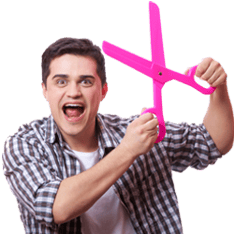 A recent article in Forbes suggests that the rapid erosion of pay-TV audiences will continue through at least 2025.

"It started as a trickle. Now it's threatening to become a flood," writes Forbes contributor Toni Fitzgerald.  "The phenomenon of cord-cutting, or eliminating pay-TV subscriptions by cable or satellite companies, is about to get even bigger."

As cable viewership declines, local business owners who have depended on pay-TV to promote their goods and services will find Detroit radio to be a potent alternative.