How Do Metro Detroit Consumers Spend Their Money?

Detroit area consumers are expected to spend $78.3 billion at retail this year, according to Nielsen. This means that every household, on average, will be dishing out over $44,000.

To capture a larger share of these dollars, Southeast Michigan small business owners need to know the answer to two questions.

The first question is, where is this enormous amount of cash being spent?  The list below details the answer.

The second question a Detroit area retailer should ask themselves is, how can I compel consumers to spend more of these dollars at my business? 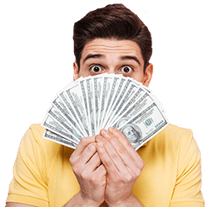 Suppose a local clothing store could increase its share of the money consumers are spending in this category by just one-quarter of one percent. This would result in an additional $8.4 million in sales,

Similarly, imagine if a local chain of  convenience stores could successfully win back just one-tenth of one-percent of the money being spent at large supermarkets. The owner would probably need new cash registers to ring up the additional $7.1 million in revenue.

No matter what a small business sells, to increase its share of spending requires the use of advertising.

According to "Seven Steps For Success", an advertising guide for Detroit small business owners, a key function of advertising is to build mental availability, which nudges a consumer toward the purchase of a product or service. It also serves to provide public notice that a product or service exists and is available for purchase.

The US Small Business Administration recommends that every Michigan small business advertise consistently.  “Think you have a great product?” asks the SBA. “Unfortunately, no one’s going to know about it unless you advertise.”  The SBA goes on to say, “Advertising, if done correctly, can do wonders for your product sales, and you know what that means: more revenue and more success for your business”.

There are many advertising media options available to Metro Detroit small business owners. These include local newspapers, television, and social media. When a company needs to drive sales, however, research indicates local radio is the most potent way to be effective.

Radio derives its potency to deliver paying customers from its ability to reach the most possible people.

Nielsen did a study to determine how different elements of an advertising campaign directly affected sales increases. Reach had the most significant effect.  More so than branding, targeting, or recency.

Last week, for instance, more adult consumers tuned-in to a Detroit radio station than used any other medium.

Most importantly, Detroit radio reaches nearly 90% of all consumers in each of the categories on the Nielsen retail spending chart.

Radio's ubiquitous reach among consumers is the reason why Deloitte, the world's largest business consulting firm, recommends radio "should be a big part of the mix for those buying advertising."

"Radio’s weekly reach," according to Deloitte, "has been remarkably stable in the United States. Not only has reach hovered around 94 percent for the last few years, but that number is essentially unchanged from the 94.9 percent figure in spring 2001 (when Apple introduced the iPod)."

"Further, an August survey found that, of those who report listening to live radio, over 70 percent say they listen either every day or on most days. A majority of radio listeners are tuning in as part of their daily lives."