How Well Does Social Media Work For Detroit Retailers?

Metro Detroit retailers spend a considerable amount of time and money marketing their small businesses on social media.  Is this effort paying off?

Each month, according to Nielsen, 2.2 million Southeast Michigan adults use Facebook, Instagram, or Twitter. This equates to 65% of consumers.  This reach is rather anemic compared to Detroit radio and TV, which attracts considerably more users in a single week than these social media platforms do over 30 days. 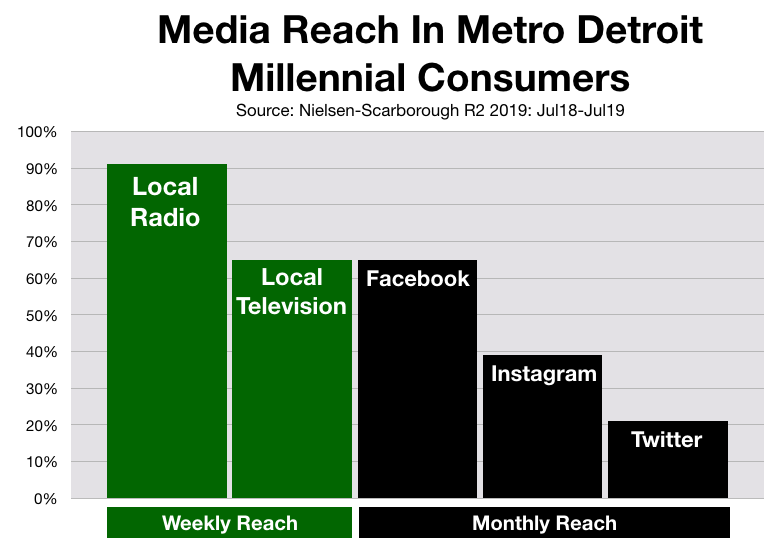 The number of consumers reached by an advertising campaign, according to Nielsen, is the media consideration that has the most significant effect on increasing sales.

So, is there something intrinsically different about social media platforms that can compensate for their smaller reach among Southeast Michigan consumers?

A recent report from Rival IQ, a company specializing in the analysis of social media data, shows a retailer's investment of time and money in Facebook, Instagram, and Twitter marketing may not be producing the powerful results hoped for.

The report shows that engagement with social media posts by retail brands range from .031% to .67%, depending on the platform. Engagements measured include likes, comments, favorites, retweets, shares, replies, and reactions. 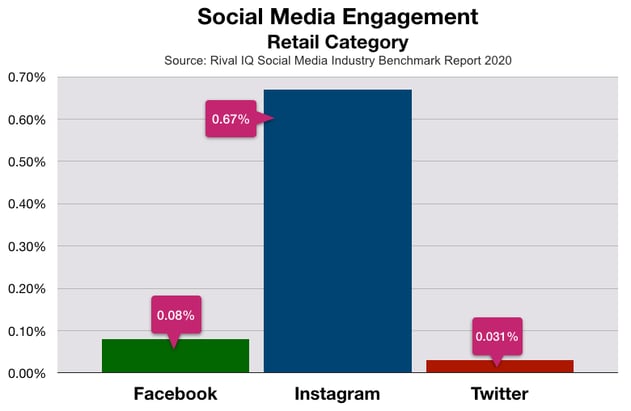 According to the Rival IQ report, social media engagement among retail brands was far below each platform's median rate across all business types.

If Metro Detroit small business owners do use social media as part of their advertising and marketing plans, then they should consider the following takeaways from the Rival IQ report: