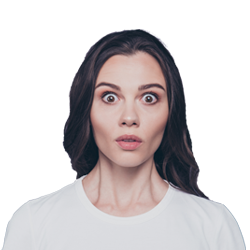 The combined weekly reach of Detroit's broadcast television stations has slipped to 73.2% of all adults, according to Nielsen. These stations include WJBK, WDIV, WXYZ, WWJ, and WTVS.

The combined Detroit TV audience now falls just ahead of cable programming at 72.7% and streaming platforms at 62.3%. To put this into perspective, none of the three video media is a match for Detroit radio which reaches more than 79.4% of local adults every week.

But although the reach of broadcast TV, cable, and streaming are neck-and-neck, the share of time consumers spend with each of these media is dramatically different. 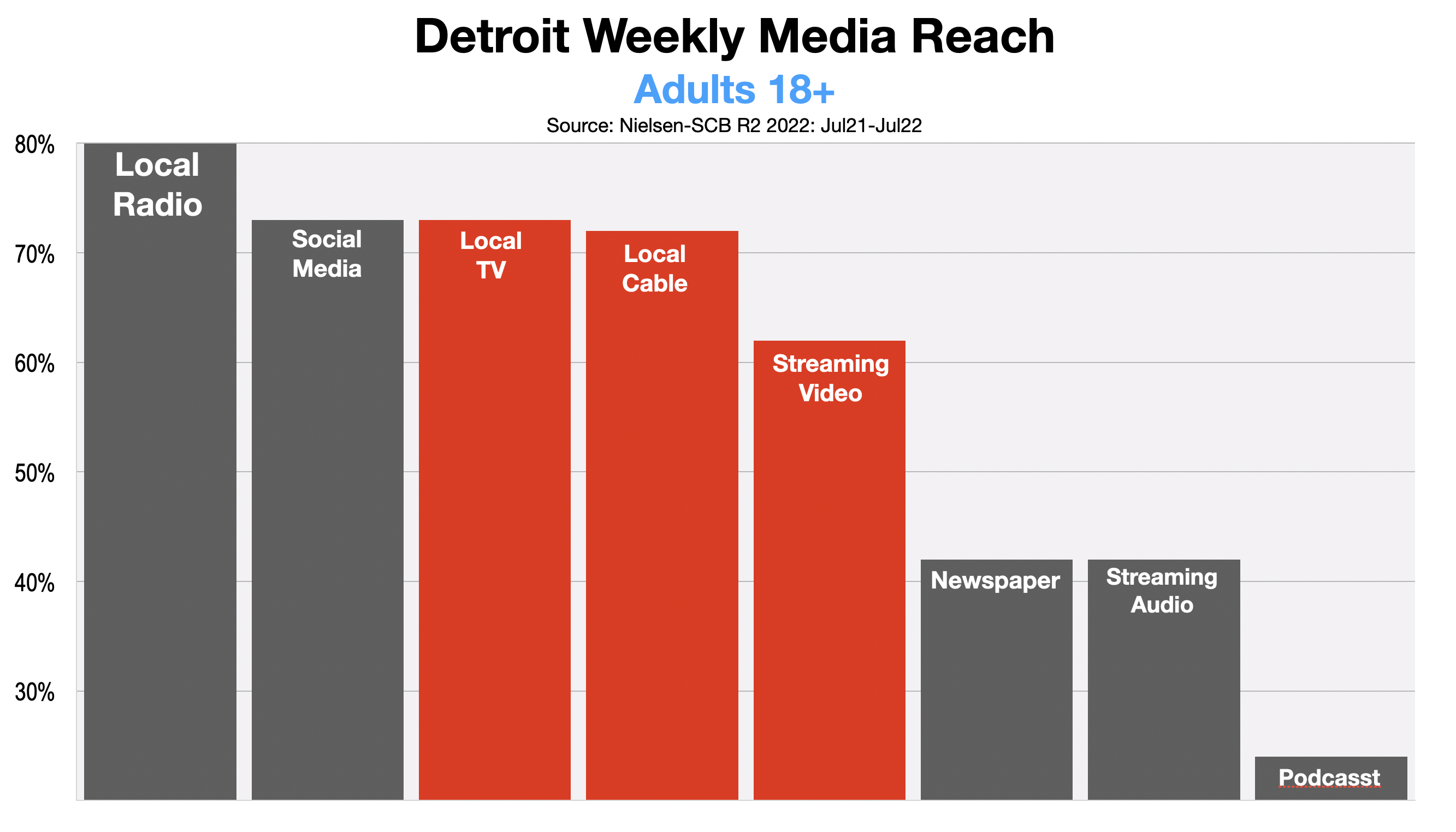 According to Nielsen, broadcast TV accounted for just 25.7% of all time spent with video media during November. This is down 5.8% from the same month last year. 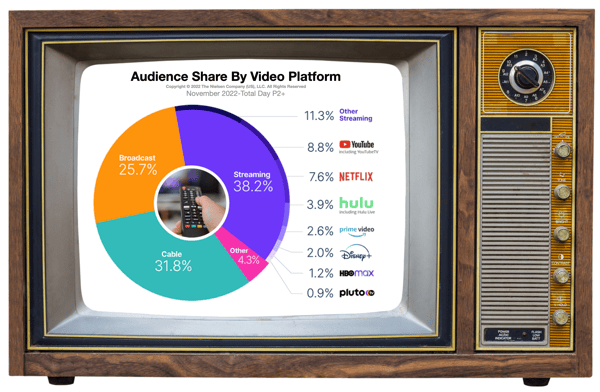 Cable programming, on the other hand, accounts for 31.8% of consumers' time spent with video media. Although this share is 6.1 points ahead of broadcast TV, cable's share has slid 13.8% versus last November.

The percentage of time video users spend with video streaming, however, has skyrocketed during the past 12 months, led by YouTube, Netflix, and Hulu.

In November, streaming accounted for a record 38.2% of all time spent with video media.  This represents a 34% increase versus the same month last year.

It is evident that sports programming on broadcast TV prevented a more severe slippage in overall share.

During November, says Nielsen, there was a 10.2% surge in sports viewership compared to November. This increase in the sports audience was driven by NFL games. As a matter of fact, sports alone represented 32% of all broadcast viewing in November.

Another life preserver for broadcast TV in November was news programming related primarily to the mid-term elections. Overall, according to Nielsen, news viewership gained 14.6% more volume than in October.

Where broadcast TV failed in November was with hour-long drama programming.  The volume of usage for these types of shows slid 12.5% from the prior month.

For Detroit television advertisers who need to readjust their budgets to reach consumers who are migrating from local broadcast and cable stations to streaming TV, it is vital to understand the two options that viewers have.

SVOD is the abbreviation for Subscription Video On Demand. That is the collective name for streaming networks like Netflix, Hulu, Disney+, and Amazon Prime. For a monthly fee (subscription), these services provide commercial-free access to TV shows, original content, and movies.

AVOD means Advertiser-supported Video On Demand. AVOD provides viewers with movies, TV shows, and original content for free. Unlike SVOD, there is no subscription fee. The trade-off, however, is that AVOD includes commercial breaks, similar to traditional TV viewing.

Many services, including Hulu and soon Netflix,  even offer Detroit consumers the option to subscribe without commercials or to receive content for free in exchange for watching advertisements.

Unlike with traditional TV, local advertisers don't have to pick specific AVOD channels or programming to advertise in. Instead, Detroit area business owners can identify the socio-economic qualities of the consumers they would like to reach and target the geographic area where the advertising will be seen. Then the advertisers' commercials would only be shown to those viewers on any advertising-supported streaming channel they might be watching.