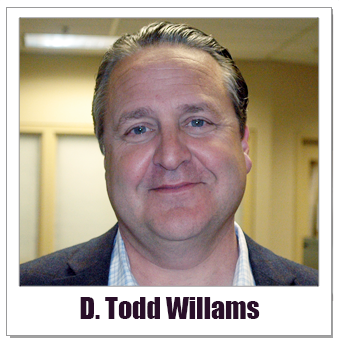 If you were one of the 2,985,400 adult consumers who listened to  the radio in Southeast Michigan last week, then odds are you heard a commercial for the Law Office of D. Todd Williams. The firm specializes in criminal defense cases involving traffic violations, probation matters, expungements, and serious felonies.

Mr. Williams has been advertising on Detroit radio every single month for the past 23 years.

"Radio advertising has been critical to building my practice," he says. "I can tell the days when my commercials run because those are the days my phones ring."

Shortly after passing the bar exam in 1995, Mr. Williams opened his firm operating from the basement of his Rochester Hills townhouse.

Mr. Williams's first cases came from friends and their referrals.

In the spring of 1997, Mr. Williams was anxious to expand.

"Another attorney shared with me the success he was having with his advertising on Detroit radio," he says. "I thought that was a good idea. So, I bought a three-month schedule. Went to the station and recorded a commercial. Added some music. And the next day, my commercial was on the air."

Within a few weeks, he began seeing the results of his advertising. "New clients were telling me they learned about me on the radio," says Mr. Williams.

"I can't begin to tell you the number of people who would call me and said I was the guy they were going to hire because I was the guy who advertised on their favorite radio station."

Mr. Williams was so impressed with the result of his radio campaign that he immediately extended his contract with the original radio station and added two more.  He has been advertising on Detroit radio non-stop, ever since.

"Radio works for me because I can afford to buy enough commercials to be heard frequently.  This type of frequency is what really helps people remember my name when they need a lawyer."

"The other element radio provides is the ability to reach just about everybody in Metro Detroit," he says. "No other media has that kind of power."

Last week, for instance, local radio reached over 90% of all adult consumers within the seven counties of Southeast Michigan. This is significantly more people than are reached by Detroit TV, social media platforms, or streaming audio sites like Pandora and Spotify.

More importantly, radio is the dominant medium in Metro Detroit among households likely to hire an attorney over the next 12 months. 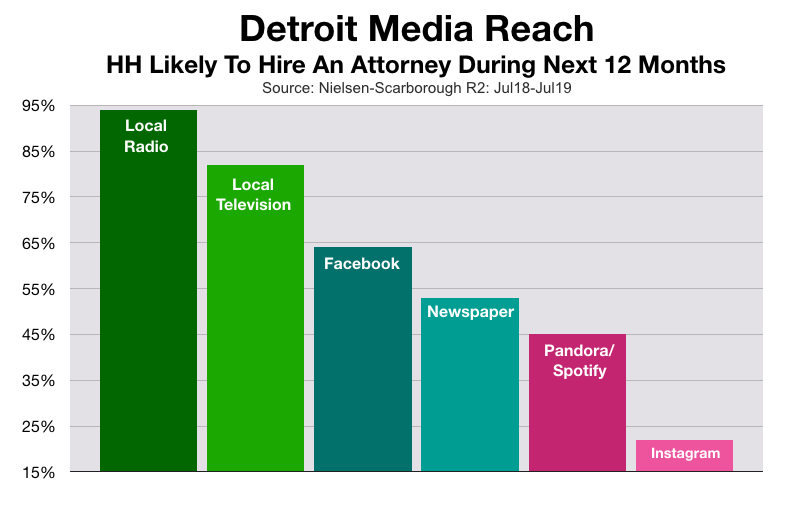 "Before I started advertising on Detroit radio, most of my clients were very local," says Mr. Williams. "But even early on, my commercials were bringing in cases from as far away as Ann Arbor, Monroe, Livingston County, Genesee County, Lapeer County, and Shiawassee County. This could have never happened just from word of mouth."

"Here's another way I know radio really works," he says. " First of all, whenever someone sees my name on a court document or on my credit they say: Hey, aren't you the guy from the radio. I've even had judges during a hearing ask me that in front of the whole court."

"Here's the other thing," he adds. "I can't tell you how many clients tell me they have seen my ads on TV. It happens all the time. But, I have never, ever run a television commercial. Only radio ads. That's a testament to how well radio works. It implants my name so deep into people's brains it becomes visual to them."

"My radio advertising is as effective today as it was 23 years ago," says Mr. Williams. "It really allowed me to build the career I wanted working for myself. Not for a big law firm or corporation."

He also believes radio advertising can be successful for many small business owners.

"To make it work," says Mr. Williams, "you have to commit to it. You just can't advertise for a few weeks and expect results. I succeeded  because I have advertised tenaciously."

"Many small business owners think they cannot afford to advertise. I say they can't afford not to."